In the Spring of 2017 Art Without Bars introduced TOP HATS, a project conceived for citizens who, though still in contact with Justice, reside outside the prisons. Especially for them artistic workshops were organized on Tuesdays in 2017-18. Groups of Top Hats succeeded each other after 6 months.

The results of this two-year project for socially vulnerable persons were on view in small exhibitions and short representations of shadow scenes presented during the open doors. The filmed version of these results (excerpt here after) was realized and cut in 2018-19. It completes the book Spelen met schaduw en licht, a manual for shadow theatre (look at menu: Publications).

The project TOP HATS, a mainly interactive project, includes amongst others body expression, visual arts and slam poetry. The workshops were given by renowned Belgian artists (De Maan Mechelen, LUCA School of Arts Campus Lemmens, Julie Michaud, Sofie Verbrugghen, et alii). Art Without Bars welcomes trainees since there are plans for educational workshops to be given ‘train the trainer’ on demand. Participants will learn how to set up creative workshops for socially vulnerable persons. 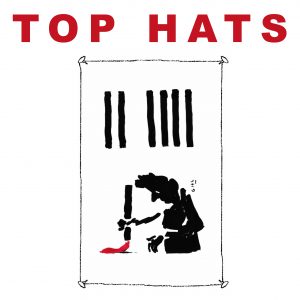